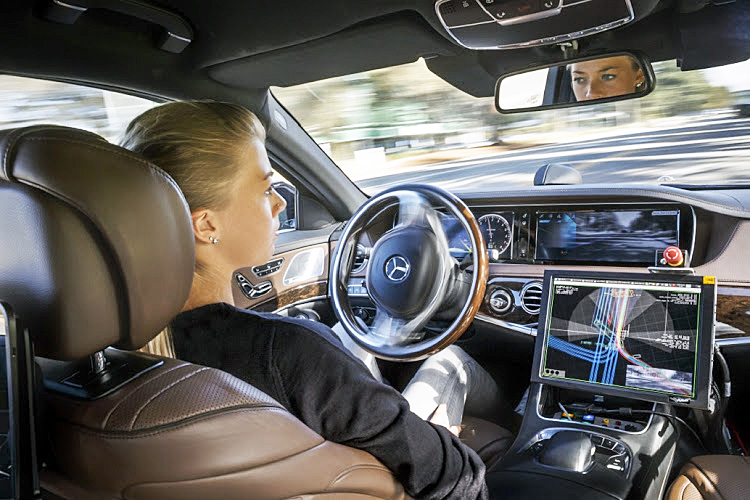 Funded under the Horizon 2020 Programme, PAsCAL intends to promote the wider use of connected and automated vehicles starting from the anal-ysis of users’ perception

In recent years, there has been a great deal of talk about the so-called "CAVs", Connected and Autonomous Vehicles, not only among experts and in the reference literature, but also among ordinary people and in the media, from mass circulation newspapers to social networks.
Today new models of mobility are increasingly spreading: electric cars (connected, autonomous and shared at different levels), truck platooning, experimental driverless shuttles through the city streets, and so on.

In the future these "disruptive" changes, as already highlighted (OndaVerde  n. 22 March-April 2019),  will greatly affect our lives and influence the market that is directly or indirectly connected to transport: the entire automotive sector, as well as logistics, travel, insurance, hotels, local pub-lic transport etc.

For years the technology development and the resulting disruptive changes have been in the spot-light, but now it is vital to study the users’ perception as they approach or are about to approach the new technologies, and to assess the users’ knowledge and level of acceptance, as well as their willingness to use them.

Some dramatic events have already drawn the attention of the general public to these new tech-nologies, such as the crashes occurred with a Tesla S in the United States in 2016 or the death of a pedestrian hit by an Uber vehicle in Tempe, Arizona, last year. These accidents gave rise to a heated debate focused on the human and social aspect, that will necessarily be affected by the autonomous and connected vehicles.

The public opinion has suddenly shifted from the idyllic scenario of driverless vehicles  facing no traffic jam and carrying passengers engaged on other activities, to fearful and uncertain scenari-os. These range from the scenario full of doubts and worries about the security and safety of the new technologies to the Orwellian one in which everybody is constantly tracked.

Consequently the study of the general public perception and opinion has been increasingly pro-moted. The first USA research (PEW Research Center Survey) of a few years ago revealed that 56% of the Americans interviewed would rather not travel by autonomous vehicles, with a higher percentage of them even more concerned about sharing the road with this kind of vehicles. A re-cent Italian survey conducted by "The Innovation Group”, though, confirms that most people would highly appreciate the possibility of being involved in other activities while travelling; at the same time, around 70-80% of them are rather or extremely worried about the real safety of these vehi-cles.

To make CAVs accepted and even greatly welcomed by the public, it is crucial to understand the technical pros and cons, and to define the appropriate behaviors and attitudes towards the auto-mated transport.

The transition phase - from the current traditional driving to the fully automated driving - should also be analyzed and CAVs’ potential impact should be assessed, so improving the understanding of the ongoing changes.  Through the implementation of new procedures, rules and monitoring tools,  the transition to the autonomous vehicles will be consequently better controlled and ac-cepted.

THE INTEREST OF EUROPE

Public institutions, but not only them, have currently also expressed these concerns. The European Commission has thus decided to support some projects aimed at assessing the users’ level of ac-ceptance and awareness about the new technologies, and at identifying  the most appropriate actions to facilitate their introduction.
Among these initiatives, the PAsCAL project, whose name is an acronym for "Enhance driver be-havior and Public Acceptance of Connected and Autonomous vehicLes", officially started on the 1st June last year. It is funded under the Horizon 2020 program, which supports research and devel-opment projects with a scientific and highly interdisciplinary approach, like the one adopted by PAsCAL.
During its implementation, the project will use a mix of innovative tools belonging to both psy-chology and other human sciences, and technology.  Different types of simulators and tools will be adopted to measure the public’s  acceptance and attitude, to analyze and assess the users’ con-cerns, to design and simulate realistic scenarios in order to outline good practices and finally vali-date the research innovation in a number of pilot tests in the real world.

PAsCAL will therefore develop an aware penetration approach on a large-scale to address any concern of the most general public, that might hinder a wide market uptake of the connected and autonomous vehicles. The project will not exclusively focus on the interaction of users in or near a CAV, but will also assess the impact of connected transport on people's quality of life.

PAsCAL also intends to develop a close synergy with the other European projects funded  under the same framework programme, as well as with the other ongoing projects aimed at coordinating and harmonizing the implementation and diffusion of CAV technologies, such as the ARCADE pro-ject.

Over three years, surveys will be carried out on significant samples of the European population to provide a more detailed overview of the level of knowledge and acceptance of connected and au-tonomous vehicles.

The initial outcomes will give the input to elaborate  some possible scenarios through different types of simulators, including a number of  traditional and innovative transport modes. We will then move on to the more practical part using these scenarios in pilot tests under real-life traffic conditions to assess and check if and how the users’ awareness and acceptance of CAVs may change.

In this context, the focus will be put on the road education and its necessary improvement to bet-ter answer the new requirements coming from the CAVs circulation, for common and professional drivers, and for all the other road users, such as pedestrians, cyclists, disabled and any vulnerable users.

At last, a number of pilot tests will also take place in various European sites, focusing on different scenarios of  CAVs use: the passenger transport by driverless buses in Luxembourg, the emergency service operating in a connected and automated environment in Madrid, the users’ behavior in CAVs interacting with other vehicles and road users at the ACI-Sara Safe Driving Center in Lainate (MI), the CAV users’ awareness and attitude in Munich, the vulnerable users’ perception in a con-nected transport environment in Madrid.

In conclusion, unlike other projects, PAsCAL will not focus just on a single aspect of the CAVs im-plementation but will take into account the most significant ones for everyone’s daily life.
The results of all the project tests, with the relevant suggestions, will be collected and integrated to build an interactive and evidence-based Guide2Autonomy. Its focus on the "public awareness and acceptance" will give stakeholders a guidance for their technical and operational strategies about CAVs innovation and research.

These "recommendations", validated thanks to the cooperation with all the relevant stakeholders, may be used by the European Commission and the stakeholders themselves.