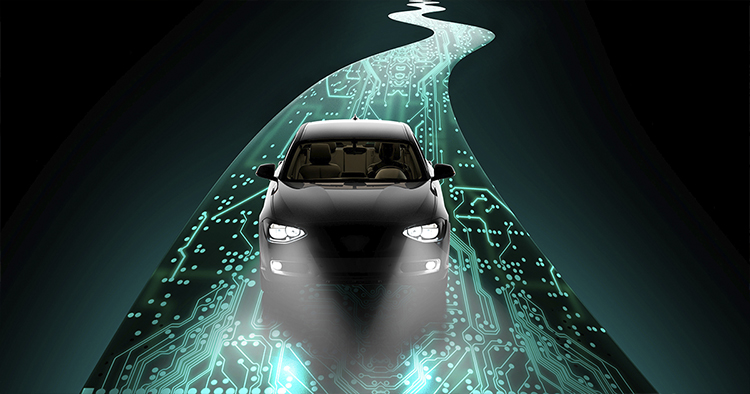 There are still many questions to be answered regarding driverless cars, starting from public perception, which is currently split between confidence and concern.

Among the many technological revolutions occurred during the last century, some of the most important ones regarded the transport sector. In particular, the last 50-60 years opened new and never imagined opportunities, including space travels. As for the ordinary daily life, the general availability of cars as means of transport has represented a chance of freedom and independence for all, to such extent that car mass deployment has led to nega-tive consequences in terms of traffic congestion – which is money and time consuming –, air and noise pollution, health and safety risks, and – last but not least – social exclusion. Such negative consequences may only get worse as inhabitants’ rates in urban areas increase.

That is why the transition to autonomous, connected and shared vehicles is expected to have great impact on people and goods mobility. How this will impact, however, is another ques-tion. Apparently, such transition will improve the efficiency of road transports, producing positive economic, environmental and social effects. But at the same time, concerns are raised with regard to personal safety, privacy, security, liability, real benefits for users and for the environment. Many questions are still unanswered (who is liable in case of an acci-dent? Traffic congestion will be really tackled? What data are requested by AVs to ensure fast, safe, trustworthy and efficient mobility? How will the huge amount of generated data be dealt with? By whom?

Will it be possible to establish a coordinated autonomous road transport (C-ART)? What new business models will appear? Answering these questions requires an analytical exam of the underlying issues from each different player’s perspective (vehicles, drivers, infrastruc-tures, policy actions, citizens etc.) but also a synthetic approach, taking into account all the specific interactions among the players.
The European Project PAsCAL (see previous article published on Onda Verde #24, p. 34), which ACI is a partner in, aims at answering many of the questions above. It is therefore necessary to separate the issues and study them according to each player’s perspective, starting from public acceptance of autonomous vehicles, which is the content of this article.

A good starting point is a report by the European Commission Joint Research Centre (JRC) (“The r-evolution of driving: from Connected Vehicles to Coordinated Automated Road Transport (C-ART)”, 2017). The study includes and examines the results of research and surveys carried out in the past years. It identifies the variables influencing acceptance, adop-tion and integration of new technologies for automated driving by users, in their daily life. Some of these variables are:
confidence, acceptance (including perception of usefulness, user-friendliness and customer satisfaction), knowledge (including knowledge of functions and perception of issues), com-pliance with social rules and personal values and availability to pay money to use these new technologies (including perception of  their accessibility and attractiveness).

The research and surveys considered by the JRC report show that the general acceptance of AVs by users is gradually improving but still represents an issue that must be adequately addressed, as it can prove to be a latent hinder to the effective use of such systems. A study conducted in the UK, for example (FIA, 2015), showed that half of the interviewees would not trust car manufacturers and government’s assurance about the reliability of AVs. Only 38% of the interviewees agreed that AVs would be as safe as traditional human-driven vehi-cles. Another survey (Schoettle and Sivak, 2014) revealed that a high percentage of inter-viewees fear that AVs would not drive as humans (above 90% said they are somewhat con-cerned), although most of the interviewees had a positive impression of automated driving technologies.

A Eurobarometer survey conducted in the EU in 2014 revealed that 61% of the interviewees would not feel comfortable with travelling in an AV, although men and young people would be more at ease with regard to new technologies. A French study (Payre et al., 2014), on the contrary, showed that 68.1% of the 421 respondents of an online questionnaire had an a priori acceptance of AVs and almost 71% of them stated they would be interested in using AVs in particular physical conditions affecting driving capabilities (e.g. after consuming alco-hol or taking medicines). According to this research and in line with other studies, men showed to be more inclined towards the deployment of AVs and more willing to use or buy them.

Monotone and stressing driving conditions, such as travelling on highways, traffic congestion and parking, were identified as ideal conditions for using an AV. Nevertheless, always ac-cording to the study, AVs would be less used in urban areas, since drivers have more confi-dence in their own driving capabilities when it comes to environments where dangerous sit-uations occur more frequently. Users’ acceptance towards AVs is anyway improving, also thanks to public demonstrations and marketing initiatives carried out by producers and technical companies, which are increasingly offering people the possibility to try the new technologies. In this connection, a recent survey (Giffi et al., 2017) has shown that US con-sumers’ interest in highly automated vehicles has increased since 2014, in particular among the young, and that safety applications are the most appreciated, despite a decrease in con-sumers’ willingness to pay for these technologies since 2014.

Another study (Tennant et al., 2016) focussed on users’ impressions towards interaction with AVs. It involved 12,000 interviewees from 11 EU countries and 48 participants in focus groups based in 4 EU countries. This study pointed out that 44% of the interviewees felt un-comfortable towards using an AV, while 41% were unease over driving a vehicle being sided by an AV. Despite 43% of the interviewees agreed that AVs would be safer than human-driven vehicles, 73% of them feared that AVs might not work properly and 60% thought that AVs lack the necessary judgment to interact with physical drivers. Nevertheless, the majority of the interviewees (60%) admitted they did not know enough about AVs.

A LONG WAY AHEAD

Consumers, hence, are gradually “building” their confidence in AVs, thanks to better knowledge and direct experience of them. This will undoubtedly encourage the adoption of these new technologies. Since more complex a product, the slower its adoption, practical demonstrations of benefits coming from innovations are likely to encourage their adoption (Karlsson et al., 2011).
Users’ attitudes play an important role in deciding to actually use AVs as means of transport. In particular, perception of AVs’ sustainability and confidence in AVs can foster their use. The pleasure of driving also plays a role in users’ choices. Contrary to initial assumptions, several studies show that the reliability of the service and the work productivity are not im-portant factors in ranking the service usefulness, thus indicating that current travellers do not have a clear perception of potential benefits of the AVs.

Similarly, connected vehicles encounter resistance from users. A study on the quality of transports carried out by the European Commission (2014) showed that 41% of the inter-viewees would not agree to connect their vehicle’s data. Among those who were willing to use a connected vehicle (51%), 38% would agree only on condition that they remained anonymous or could decide when and how to connect. A more recent survey (Mobile World Live, 2017) has then highlighted that security is the main concern, with the majority of the interviewees (60%) having agreed with the statement: “I do not know how to protect my connected car or where unsafe connections are”. Finally, the JRC report has considered an-other research by Fraunhofer IAO (Dungs et al., 2016) and Horváth & Partners on the “Val-ue of Time”, namely, the willingness of drivers to pay for premium services regarding their automobile. The survey was conducted among 1,500 drivers and showed that on average, drivers would be willing to pay 20 to 40 Euros/per month to get premium AV-related ser-vices. Offers concerning communication services proved to be the most appreciated though with some differences among countries. For example, the interest for social media services inside the car was very high in Japan (64%) but not in Germany (23%). Willingness to pay for premium AV-related services dropped for drivers aged above 35 and was not dependent on the driver owing a small, medium or large car.

THE MOST RECENT RESEARCH

As the JRC report dates back to 2017, the studies it examined do not go beyond 2016/2017. A more recent research by KPMG, the “Autonomous Vehicles Readyness Index” 2019, offers therefore a more up-to-date picture. As regards Italy, however, since it is not included in the KPMG index, we can refer to the “The Innovation Group” survey, which was presented in June 2019. It was carried out among a sample of 245 people and revealed great openness to both autonomous driving (46% of the respondents would be willing to try it, even if 32% think it is still far from becoming a reality) and new automotive telematic services (40% to 51% of the sample already use systems such as the Lane Departure Warning, the Emergency Brake Assist, the Park assist and the Adaptative Cruise Control). A smaller but still important percentage would agree to buy them. 50% would buy the driver drowsiness detection , 48% the Emergency Brake Assist and 43% the dashboard camera. Fully autonomous vehicles, however, still raise big concern in Italy, with 72% to 82% of the respondents fearing about having no possibility to control the vehicle, AV’s technology bugs and possible accidents in-volving pedestrians/cyclists and/or other cars. On the other side, there is a growing demand for ADAS technologies, especially the Emergency Brake Assist and traffic information ser-vices.

Likewise, connected cars raise some concern in Italy over possible unauthorized access to private data and information (about 83% of the respondents are very much/very/to a cer-tain degree concerned) and possible cyber attacks (about 77% are very much/very/to a cer-tain degree concerned). On the other hand, there is a moderate willingness to share vehicle’s data to allow vehicle maintenance and improve driving habits and experience. Finally, it is interesting to take a look at a study carried out by IAM RoadSmart, the biggest independent road safety charity in the UK, which is one of the leading countries in testing and deploying AVs. In the period 10th June - 1st July 2019, IAM Road Safety surveyed online over 1,600 visi-tors to its website asking if they would feel “confident and safe travelling in a fully self-driving vehicle, where there is no driver input”. A little more of 70% of the respondents an-swered they would feel “unsafe” or “very unsafe” whereas only 4% would feel “very safe”. Furthermore, three-quarters (75%) of the participants in the survey (75%) expressed some level of disagreement with the statement “the vehicle should always be in ultimate control”, with 40% totally disagreeing.

Those surveyed were also very definite over a future where there is no human involvement in driving. When asked if they were “concerned about the progress towards a future where the vehicle takes over more and more functions previously controlled by the driver”, two-thirds said they were “concerned” or “very concerned”. Neil Greig, IAM RoadSmart director of policy and research, has pointed out that the survey results show that the motor industry has a big job ahead in convincing drivers of the safety virtues of self-driving vehicles. He said: “While on paper they offer significant advantages in eliminating human error from col-lisions, there is a lot of confusion, misinformation and an over-abundance of terminology which has made the public distrustful of it. Some 44% of our respondents felt poorly or very poorly informed on autonomous vehicles with only 6% feeling very well informed. There needs to be an industry-standard on the acronyms and product names used, and car com-panies need to come together, alongside government, to ensure the facts out there are clear-er and easy-to-understand.”